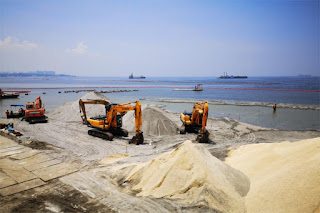 Many are criticizing the Department of Environment and Natural Resources (DENR) for dumping “white sand” on Manila Bay’s shoreline yesterday as part of a program to rehabilitate the notoriously polluted body of water in Pasay City.

“Why are they putting purely aesthetic program first in the rehabilitation of Manila Bay? Who is this program for? Does the DENR not know that they are destroying the coasts?” marine conversation group Oceana Philippines said yesterday in a statement.

The government agency caught the public’s attention when pictures and videos of what looked liked “white sands” and “sand dunes” within the bay’s vicinity surfaced online.

A dolomite is a sedimentary rock that has color ranges of white-to-gray and white-to-light brown. It is used for construction materials and has the ability to neutralize acids.

Antiporda said that the initiative is for people who cannot go to Boracay or other tourist destinations amid the coronavirus pandemic. 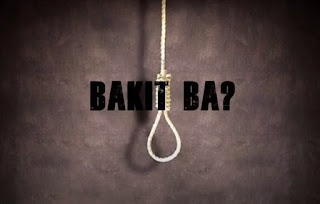 The “white sand” is made of crushed dolomite rocks that were transported from Cebu, DENR Undersecretary Benny Antiporda explained yesterday in an interview. The government intends to fill 500 meters of the Bay’s naturally gray shoreline as part of a rehabilitation program that started in January 2017. The project costs at least PHP397 million (US$8 million), according to the Department of Public Works and Highways.

Antiporda said they were inspired by the white sand beaches of Boracay and Palawan and that it was done for people who could not afford to go to those tourist spots. He admitted in an interview with cable channel ANC that he was unaware of the amount of money used for the synthetic sand and that it was impossible to divert the funds to aid Filipinos during the coronavirus pandemic.

“This is not a new project. We cannot connect this with the pandemic… maybe if this was just cash that we could juggle from one place to another, the government could do that. But this is not possible. That is prohibited,” Antiporda said in English and Filipino. 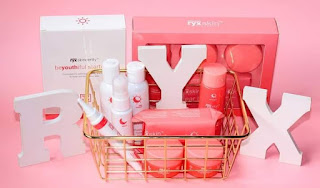 The chairman of the Cebu provincial board's environment committee said Friday, September 4, that no permit was issued for the extraction or transport of the dolemite used for the sand being dumped just off Manila Bay. “As far as the Cebu provincial government is concerned, wala pay naissue nga permit (no permit was issued) for that. Borgonia said that they have asked the Provincial Environment and Natural Resources Office (PENRO) to investigate the issue.

The controversy started when social media lit up after concerned netizens reported white sand being dumped in Manila Bay to enhance the view along the baywalk.

Advocacy group Oceana Philippines also called out the project saying that it may harm the natural ecosystem and coastal integrity of Manila Bay.