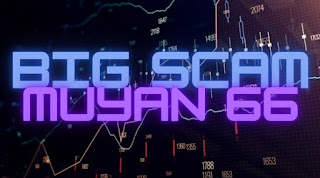 Muyan66 Tether Betting app located at muyan66.com appears to be a scam. The newly created website that was registered by someone in China, has been shut down. A few friends of mine have deposited money and are unable to get it back. Their accounts were blocked, making it impossible for them to withdraw their money. And, when they tried to contact someone at Muyan66, they got no response.

stable like the US dollar) in the world. Not only is it the largest stablecoin, but it’s also one of the largest cryptocurrencies by market capitalization (number of circulating Tether multiplied by Tether price).

The reason that investors and traders use Tether is liquidity, or the ability to get in and out of cryptocurrency positions without huge changes in price. Tether regularly posts billions of dollars in daily trading volume, making it more liquid than even Bitcoin at times.

If you have been scammed by Muyan66 or have more information about them, please share in a comment below.

Beware of their new site www.xhgufeng.com 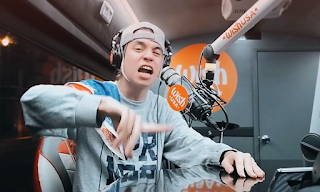 In real life, the rapper, who goes by the Instagram handle “Ezekiel Miller”, is a Fil-Caucasian born in Olongapo City in 1998. His father is Paul Sapiera, lead singer of the band RockStar, who came out with a hit of their own with 1993’s “Mahal Pa Rin Kita” and “Parting Time.” His mother is also active in the music industry.

His song tackles Filipino patriotism and lots of his kababayan were left dumbfounded after hearing him ram and sing live. Some of them even compared him to the late Filipino rapper icon Francis Magalona. However, there are also netizens who criticized him because of the lyrics.

Ez Mil’s live performance of “Panalo” on Wish Bus USA is currently tearing it up on the internet, amassing 10 million views in just three days as of this writing.

Ez Mil grew up in the Philippines, but recently moved to the US, living there for four years. (In the December 29 Wish Bus USA interview, it seemed he went home, at least briefly, to Olongapo.) Ez Mil lived in California for that first year, and it was there that his patriotic feeling began to stir, eventually culminating in the very charged lyrics of his viral song “Panalo.” His rock-tinged, English song “Far Away From Home” also contains similar themes.

On the other stories, Mayor Junard “Ahong” Chan of Lapu-Lapu City found rapper Ez Mil insulting as he used Lapu-Lapu, one of the country’s national heroes, in one of his songs.

The song entitled “Panalo” claimed that the hero was beheaded in Mactan.

“As father of this city, I was hurt with his lyrics. If he doesn’t recognize Datu Lapu-Lapu as a hero, then he shouldn’t have included him in his song which may cause outrage to our Oponganon,” said Chan in his dialect.

But Ez Mil’s early success seemingly came at a price with critics questioning why he supposedly twisted historical facts with his line about the beheading of Lapu-Lapu in “Panalo.”

Ez Mil apologized for the error earlier this week, saying it was his choice as an artist to use the line "pinugutan si Lapu sa Mactan."

Nevertheless, Ez Mil is overwhelmed by the support that he received from countrymen. He thanked them for appreciating his song.

Where is Jack Ma? 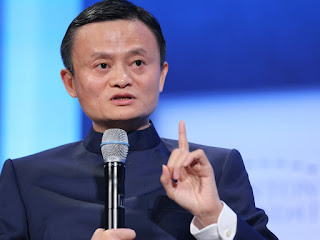 Chinese billionaire Jack Ma and the founder of e-commerce platform Alibaba, has not tweeted anything for nearly three months now, since his last post on 10 October last year.

Who is Jack Ma?

Born in Hangzhou in eastern China, the 56-year-old came from a poor family and was once an English teacher.

He bought his first computer aged 33, and in the last two decades rose to become a shining star of China’s booming economy through the success of his e-commerce giant Alibaba.

He recently failed to appear in the final episode of Africa’s Business Heroes, a talent show of the Jack Ma Foundation in which 10 emerging African entrepreneurs are given a shared $1.5m (£1.09m) grant for pursuing their ideas.

The Chinese billionaire was replaced as a judge in the final episode of the show by Alibaba’s co-founder Lucy Peng and his picture was also removed from the judging webpage, reported the Financial Times.

The final took place in November, shortly after the Chinese tech billionaire made a candid speech criticising China’s regulators and its state-owned banks. In the wake of the speech, Mr Ma was dressed down by officials in Beijing and the $37bn initial public offering of his company Ant Group was suspended. He has not been seen in public since.

A spokesperson for Alibaba, which was founded by Mr Ma, said: “Due to a schedule conflict Mr Ma could no longer be part of the finale judge panel of Africa’s Business Heroes earlier this year (2020).”

One contestant in the competition said she had been star-struck when she pitched her business to Mr Ma in an earlier round. “You can’t imagine,” she said. But by the time of the final, Mr Ma had been replaced by Lucy Peng, an executive at Alibaba.

Subsequently, a series of actions have been taken against Mr Ma’s companies including an antitrust investigation into Alibaba. The firm’s $10bn (£7.3bn) buyback programme in December failed to excite the market.

During the pandemic, Mr Ma has donated tens of millions of face coverings across the world and 2,000 ventilators to New York.

Since a controversial speech in China in October 2020, where he lamented the country’s financial regulatory system and called for it to be reformed, the billionaire has been facing a series of actions from the Chinese authorities.

He called for reforms in the financial system, speaking to an audience that included many officials of the regulatory organisations he was criticising.

The response was swift. In November, a planned IPO of Ma’s Ant Group was suspended by the Chinese authorities and later, in December, the buyback plan of shares worth billions of pounds also failed to excite the investors. The authorities also opened an investigation against his firms.

He has faced a number of business setbacks since, including a block on his plans for a stellar listing on the stock market, actions which have in turn left the market wary of his firms.