This she confirmed in an interview with columnist Ricky Lo for Startalk TX aired on GMA-7's 24 Oras on Friday, March 24.

The father of Katrina's unborn child is R&B singer Kris Lawrence. Tinnie Esguerra, Kris's PR manager told Yahoo! Philippines OMG! that the singer takes full responsibility for Katrina's pregnancy but they are not yet ready to get married.

The alluring actress emphasized that she is apt to give herself a break from having boyfriends so she could concentrate on her work. She also promised to heal herself emotionally. Her sex scandal with previous boyfriend Hayden Kho left her scarred for life. She had learned a painful lesson. As of now, she reveals that she is contented with focusing on herself, her family and her work and does not need any boyfriend at the present. Although boyfriends are not her main concern, she admitted that Kris is the closest man in her life but they only remain friends.
at 10:09 PM 1 comment:

Despite current security measures in Los Baños, a 19-year old student of the University of the Philippines Open University (UPOU) was robbed and stabbed in his own apartment, at 11:50 p.m. last Friday, police said Wednesday.

“Nakalaban pa siya gamit ang tubo,” said Masongsong said. “Natamaan niya ‘yung isa sa ulo,” he added.
The victim, according police, was able to reach for a steel pipe for self-defense, but only after receiving shallow stab wounds on his stomach and both arms.

Authorities here are still investigating the incident, Masongsong said, noting the suspects have not been identified as of this posting.

Cruz is a freshman of the Associate in Arts program of the UPOU in this city
at 3:14 AM No comments: 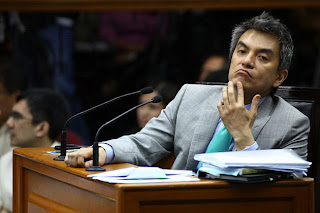 A lawmaker on Monday accused President Benigno "Noynoy" Aquino III and his allies of pressuring members of the House of Representatives to sign Chief Justice Renato Corona’s impeachment complaint.

This, as the defense team presented Navotas Rep. Tobias Tiangco as its first witness to show the “modus operandi” in the House that led to the impeachment of Chief Justice Renato Corona.

“I tried to psyche myself up, pikit mata akong boboto ng yes sa impeachment ni Corona,” the Navotas representative told the court, saying that it would be useless to vote “no” since the “yes” votes will have the numbers anyway.

“Ayaw ko rin mapag-initan. I don't want to catch the ire of the most powerful man in the country, the president of the Philippines. The president can make life miserable for you. Kapag hindi ka gusto ng pangulo, magiging miserable ang buhay mo,” he added.

Tiangco further narrated his “bad experience” when he voted no to the impeachment of former ombudsman Merceditas Gutierrez.

He revealed that on March 19, 2011, there were text messages, supposedly from House committee on appropriations chairman Rep. Jun Abaya, that implied that congressmen who vote against Gutierrez's impeachment would get “zero PDAF,” referring to the Priority Development Assistance Fund, or the pork barrel.

Tiangco claimed that his PDAF, which is necessary to fund his projects, was delayed after he voted against the impeachment of the ex-ombudsman.

The representative testified as well on the rush filing of the impeachment complaint against the chief justice.

He told the impeachment court that the presentation of lead prosecutor Iloilo Rep. Niel Tupas Jr. on the articles of impeachment did not include any documentary evidence, and that insufficient time was given to legislators to study the contents of the complaint.

Tiangco added he was not convinced that there was probable cause. "Paano ko pipirmahan ang hindi ko pa nababasa?"

“I believe it was not simply an impeachment of the chief justice. It was an attempt to control or to scare the Supreme Court,” he said.

When asked about the relevance of Tiangco’s testimonies, defense counsel Dennis Manalo pointed out that their goal is “to cast doubt on the grounds for impeachment” and “to question the integrity of the complaint.”

The court, however, already ruled that it will deny any motion of the defense to verify the validity of the impeachment case.

The Senate likewise denied the defense’s request to subpoena more congressmen to testify for the same purpose.

Senator Jinggoy Estrada urged the Corona camp to present evidence to counter the allegations of the prosecution.

Tiangco will return on Tuesday for further questioning.
at 4:28 PM 3 comments:

The 41-year old reporter sustained six gunshot wounds and a bone fracture. He's now at the ICU of the Pasig City General Hospital.

Malacañang Press Corps president Joyce Pañares said Angeles had an argument with a group of men on Sunday night when he went out to buy prepaid load for his mobile phone.

A Malacañamg reporter Fernan Angeles was shot near his house in Pasig City on Sunday night.

Angeles, who is a reporter of "The Daily Tribune" was shot in an apparent ambush along Evangelista Street in Brgy. Pinagbuhatan at around 10 PM. His wife claims the attack could be connected to his work.

Palace reportedly has ordered investigation to the incident.
at 3:40 AM No comments: 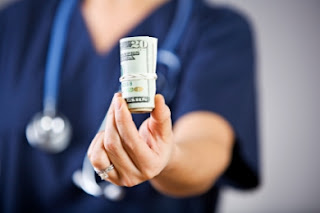 Aurora Rep. Juan Edgardo Angara initiated moves to amend Nursing Act of 2002, which is required to upgrade the level of compensation of nurses equivalent to Salary Grade 15 in the government.

"The minimum base pay of nurses in public and private health and health-related institutions should be in accordance with prevailing salary standards set by law for professionals," Angara said.

He filed House Bill No. 5780 that requires the hospitals and other medical institutions to provide incentives and benefits to nurses.

Angara said the nursing law or Republic Act No. 9173, which was enacted when there were only around 251 schools, needs to be amended to cope with the growing number of nurses produced by 491 nursing schools today.

He lamented that despite the oversupply of nurses, the country is far from achieving the ideal nurse to patient ratio of 1 is to 4 per shift.

Reforms such as the creation of National Nursing Career Progression Program, which will get funding from the Philippine Charity Sweepstakes Office, the Philippine Amusement and Games Corp., and the Professional Regulation Commission, are believed to address the issue.

Angara's bill provides that foreign nurses who are either working for a fee or for free are required to get a temporary work permit from the Board of Nursing.
at 5:20 PM No comments: