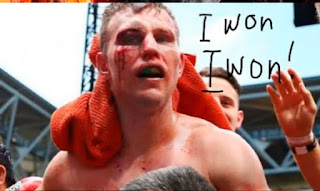 Forget about the punch counts, which showed Pacquiao landing twice the number of punches that Horn did. Those punches are counted by humans and with the awkward style of both fighters, it was difficult without the benefit of slow-motion replays to see just who landed what as the two flurried furiously at times in the ring.

The real problem was that Pacquiao couldn't finish Horn in the ninth round, something that isn't new for the Filipino great, who hasn't stopped anyone in eight years. He also couldn't win the 12th round on any scorecard, when a strong final round would have salvaged a draw in the welterweight title bout.

The top fighters do that. But Pacquiao is no longer among the elite, which is why he had to go to Australia in the first place to score a reputed $10 million payday.

That should get him another fight or two, though not at the rate of pay to which he's become accustomed. And it's not enough to get him a second fight with Floyd Mayweather Jr., a bout that wasn't likely to happen even before his controversial loss Sunday in Australia to hometown hero Jeff Horn.

At the age of 38, Pacquiao is pretty much done. His latest attempt at wiping away the stain left from his fight with Mayweather ended with a fighter who wouldn't have survived five rounds with him in his prime celebrating in front of a crowd of 51,052 at a rugby stadium in Brisbane.

Pacquiao's supporters will howl that the judging was horrendous, and on at least one card (117-111, Horn) it was. But it was Pacquiao who allowed the fight to be as close as it was, and it's hard to argue much (though those blabbering on ESPN certainly did) with the two judges who had it 115-113 in Horn's favor.

Besides, Pacquiao knew going in what was expected of him. He needed to dominate and he didn't, outside of a ninth round where he tried his best to take Horn out only to punch himself out and leave the final rounds in Horn's hands.

After 22 years as a pro, Pacquiao should have known the old boxing axiom: Go to someone's hometown, and sometimes you get a hometown decision.

The talk before the fight was that there weren't many opponents for Pacquiao after Horn, unless he was offered up as fodder for Terrence Crawford or Keith Thurman in one final effort to cash in on his name. At least now he'll get a rematch with Horn, assuming he can get enough time away from his duties as a senator in the Philippines to take the fight.

"That's the decision of the judges. I respect that," Pacquiao said afterward. "We have a rematch clause, so no problem."

Those screaming on ESPN and in social media afterward should have been as calm. Between ringside analyst Teddy Atlas and the bloviating Stephen A. Smith, you would have thought this was the robbery of the century, when it was anything but.

It's also not a stain on boxing in any fashion. Fights are subjective, judges see different things and the fact is that Pacquiao simply couldn't reach down and find enough to take the decision out of their hands. 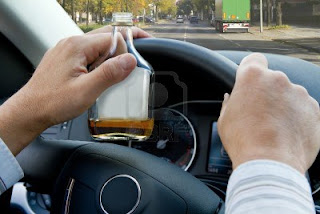 The people at ESPN who signed a deal with promoter Bob Arum for a series of Saturday night fights weren't crying foul afterward. They had to be ecstatic with an entertaining fight card that ended with enough controversy to let Smith babble on endlessly even at the end of a 4½ hour prime-time marathon.

As for Atlas, well, he's an acquired taste for the casual fan. It's one thing to play the role of outraged ringside expert, but Atlas is so in love with his own voice that even when he was talking to the fighters afterward he was giving long statements instead of asking pertinent questions.

Still, unlike the Aug. 26 charade with Mayweather and Conor McGregor, this was a real fight. Both fighters were bloodied and battered, yet both refused to give an inch even as the rounds went on and the blood kept flowing.

The fact is, Pacquiao is an aging fighter who has been in too many ring wars. Time catches up with all fighters, and it looked for long stretches in Sunday's fight like it finally caught up with him.

Give Horn credit for beating a legend, faded as Pacquiao might be. Give both credit for fighting through head clashes and blood to fight to the final bell.

And enjoy the rematch, because there will surely be one.
at 7:52 PM 2 comments: